Engineering the next giant leap for mankind

Biological research will be key to realising deep space travel

Hailed as one of man’s greatest achievements, the first moon landing catalysed our yearning to venture further into space. However, mankind must understand and overcome the biological challenges of long term space travel before advancing deeper. The BAMMsat project aims to enable biological research that will uncover these mysteries, using technology supplied by FAULHABER distributor EMS.

The next major milestone in our quest to uncover the mysteries of deep space is a manned mission to Mars, which NASA estimates will be achievable in the 2030s. Space exploration pushes the boundaries of science and technology, as well as the limits of the human body. Before we send astronauts further into space, we must expand our knowledge of the resulting long term effects of microgravity and high radiation on the human body.

The objective of the BAMMsat-on-BEXUS project is to improve technology for biological research in space, with an ultimate aim to support human spaceflight. The technology is being developed by academics and students from two UK universities ― Cranfield University and the University of Exeter.

The project team is developing a miniaturised lab system that is compatible with 3U CubeSats, a sub-type of miniaturised satellites designed for space research, consisting of three units stacked together. The compact system holds many advantages over other techniques used to research the influence of space conditions on living systems.

“Researching the effects of microgravity and radiation in on-ground facilities has technical constraints that can add complexity to data interpretation,” explained Aqeel Shamsul, a PhD student at Cranfield University and head of the project.  “However, in-flight experiments come with their own challenges, often entailing expensive launch missions.

“These factors are limiting research into the effects of environmental space factors on biological systems, therefore impeding progress in deep space travel. We’re combatting this by designing a cheaper way to conduct biological research in space, with a system that can facilitate experiments within remarkably small dimensions.”

The lab system includes a disk with multiple chambers along its edge that contain the isolated biological samples. A motorised system turns the disk to position different chambers opposite microfluidic inlet and outlet openings, which can channel small amounts of fluids without human intervention. The device can then supply food or extract waste from the samples using a fluidic pump.

The disk can also be turned to orientate a chamber in front of a microscope, which can send an image of the sample back to researchers on Earth. In addition, the rotating disk allows the samples to be aligned with a visible spectrometer. This technology can measure the amount of light absorbed, reflected or transmitted from the sample to reveal certain biochemical characteristics, such as protein quantification.

Compared to other equivalent systems that have one block containing one sample, the multi-chambered disk system allows numerous experiments with different samples to occur simultaneously. Biological samples can include microorganisms such as Escherichia coli (E. coli) and Caenorhabditis elegans (C. elegans).

C. elegans in particular is a valuable study organism for researching the effect long term space travel will have on the human body. This is because both humans and C. elegans are eukaryotic organisms, and share many genes and molecular pathways.

These factors, along with the fact that the genome of C. elegans has been completely sequenced, allow them to be used as a model organism in experiments that research human disease progression. At only a millimetre long, and with minimal survival requirements, they can be relatively easily transported into space with minimal human intervention.

“As well as using a small organism, light weighting other components of the system was important to ensure the satellite could be viably and economically launched into space,” added Shamsul. “One area where this had to be considered in detail was the motor system used to turn the disk containing sample chambers.”

A high torque was required to turn the disk, but the motor system needed to deliver this power while remaining compact. To achieve this, sole UK supplier of FAULHABER motors, EMS, was brought into the project.

“The knowledgeable team at EMS were incredibly helpful in the selection of a motor system,” said Shamsul. “We originally considered a stepper motor for the BAMMsat system, but EMS showed us that a brushed DC motor would better fit our torque and space requirements.”

EMS conducted thorough calculations to find a system that would deliver maximum performance in the given space envelope. After careful consideration, a 22 millimetre (mm) diameter brushed motor from the FAULHABER SR series was selected. The motor was paired with an encoder to deliver fine speed control, as well as a planetary gearhead to maximise torque.

FAULHABER systems are renowned for their high power density, packing high performance in a compact package. The small and lightweight motor system ensured minimal weight and bulk was added to the CubeSat. All FAULHABER systems are made in a highly accurate manufacturing process, ensuring supreme reliability. This, paired with their high efficiency, makes them a dependable option to drive a system being sent into space. 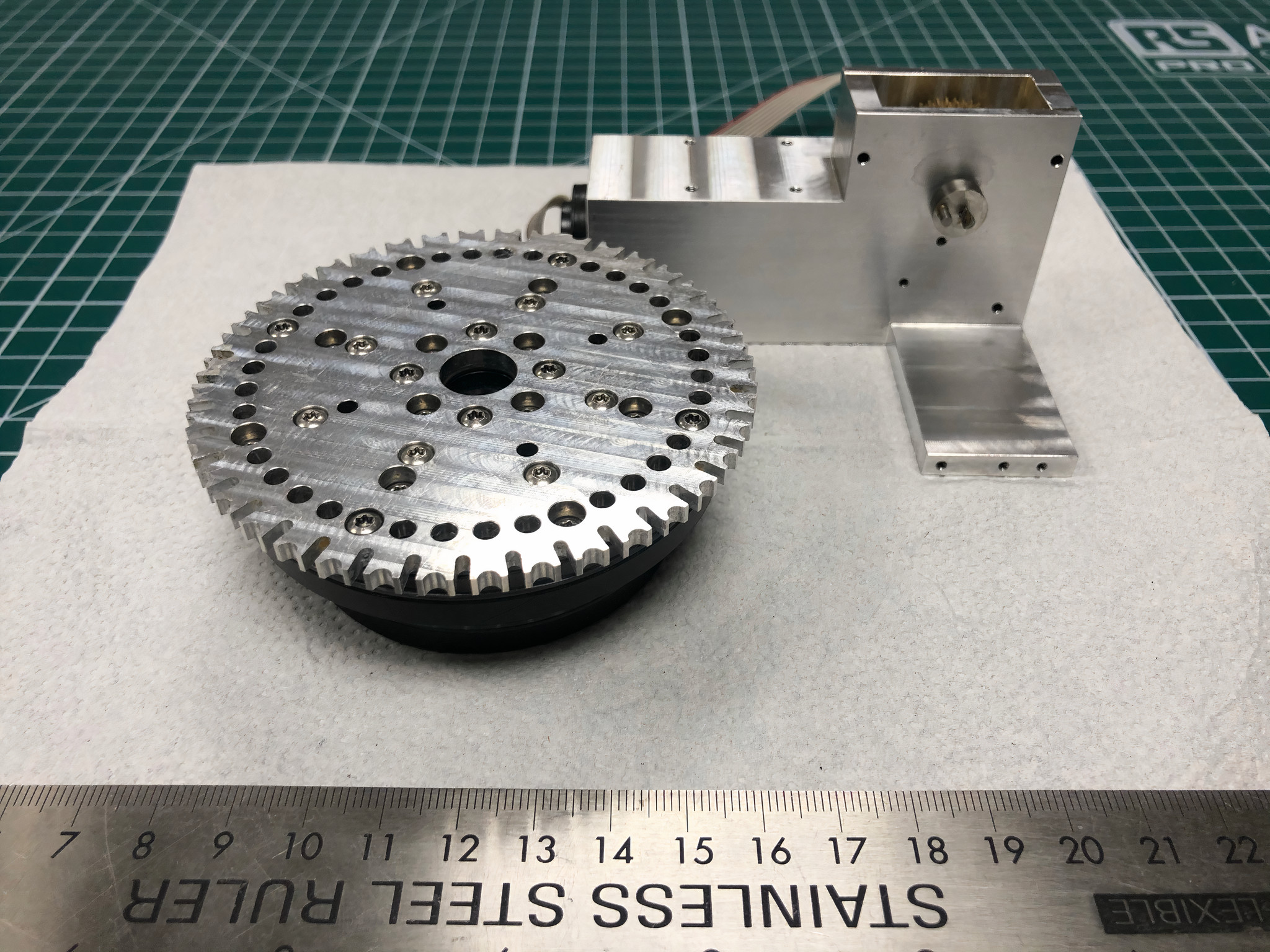 To infinity and beyond

The BAMMsat system is planned to be launched into the stratosphere in October 2021. With the help of the Swedish National Space Agency, German Aerospace Centre (DLR), European Space Agency and their partners, the prototype will be flown using a high-altitude balloon. This will allow the BAMMsat team to test aspects of the system, such as the control system and payload hardware, in a spaceflight-representative environment.

The ultimate aim of the stratosphere mission is to increase the system’s Technology Readiness Level (TRL). Developed by NASA, the TRL scale measures the maturity of a particular technology on a scale of one to nine, with one meaning it’s at basic research level, and nine indicating it’s been flight proven through successful mission operations. Once the BAMMsat system has been validated for future missions, it could go on to conduct biological research in low Earth orbit (LOE) and deep space, including trips to the International Space Station (ISS).

“The BAMMsat project is a result of impressive collaboration between a number of engineering sectors, incorporating aerospace, biological and mechanical expertise,” said Dave Walsha, sales manager at EMS. “The potential of the system to enable safe long term space travel is sensational.

“It's been exciting to collaborate with the BAMMsat team, with the work aligning closely to EMS’s commitment to high tech novel systems,” added Walsha. “In addition to supporting established engineering businesses, we recognise that university projects are at the forefront of technology, and EMS endeavours to contribute to these ventures to support the next generation of engineers.”

The BAMMsat project will help fill the knowledge gap in long term human duration in space. If your next project requires a high performance motor system that meets small space requirements, then get in touch with the EMS team at www.ems-limited.co.uk. Editor’s note: To learn more about the products and services EMS provides, and to stay up-to-date with the latest company news, visit https://www.ems-limited.co.uk/blog/

About EMS: Founded in 1985, EMS has established itself as the leading supplier of high-quality precision small DC motors and linear actuators in the UK. It is a bespoke product manufacturer and is the sole UK distributor for the FAULHABER Group, as well as MPS and Piezomotor. EMS supplies a wide range of industries, including the medical device, aerospace, defence and military sectors.